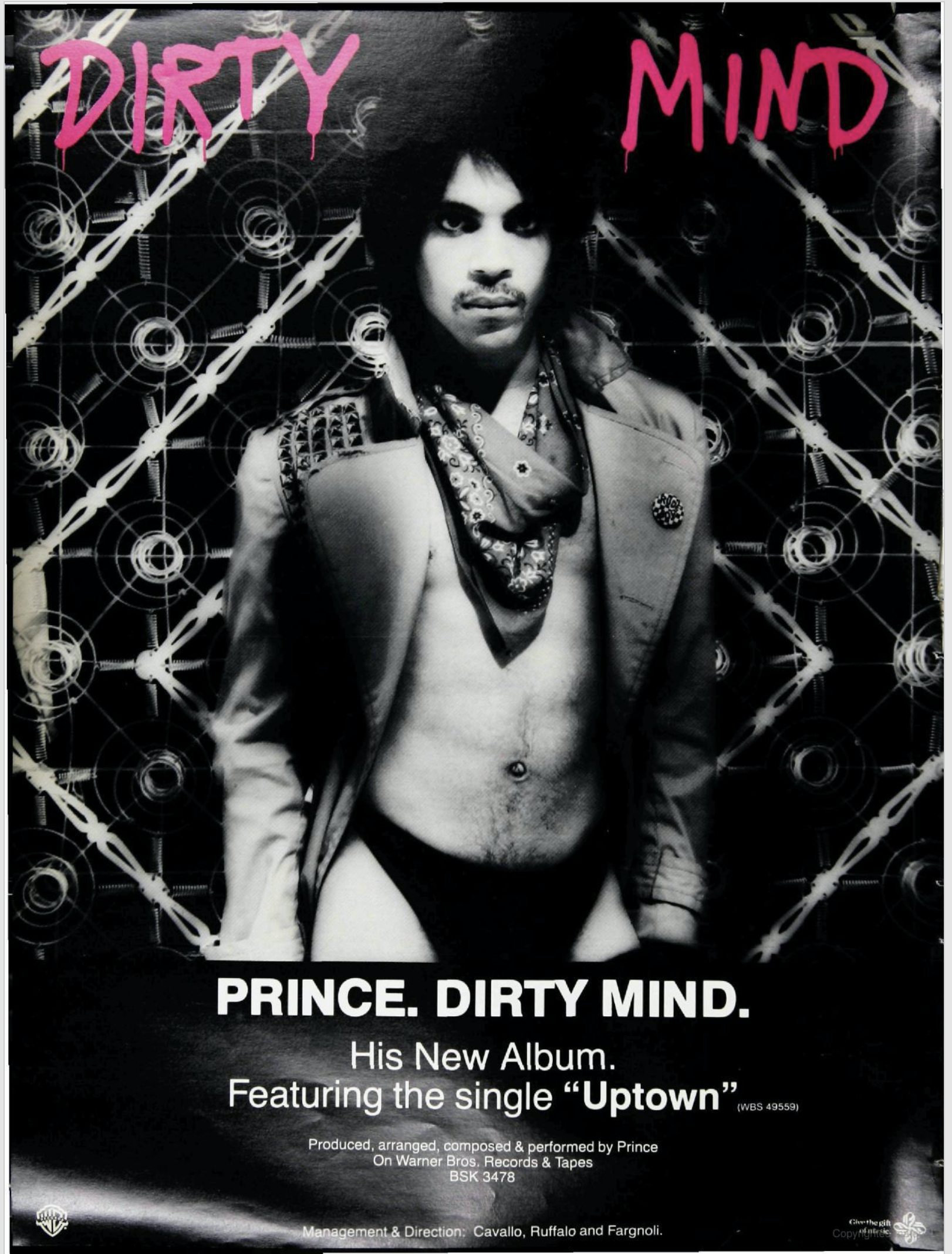 click on the advertisement above to buy it on amazon

It debuted on Billboard's Soul LPs chart on November 8, 1980, at number 46, the top new entry. It jumped to 14 the following week.


In the same issue that Prince debuted on the LP charts, Billboard's Counterpoint column (written by Jean Williams) had this to say about Prince's Dirty Mind:


There is no accounting for taste even in this day of practically anything goes. Warner Bros. artist Prince has reached an all-time high (or low) with his new album jacket.
There's a note to radio advising the programmers to audition prior to airing as the album contains language which may be unsuitable for some listeners. It does not advise, however, that the album jacket may be offensive.
The front cover has Prince standing donned in an open jacket with a handkerchief around his neck and a pair of black briefs. Maybe it's meant to be sexy.
The back cover gets better (or worse). Prince is lying down with the same "outfit," however, this time you get a look at his legs and what is he wearing? a pair of thigh high stockings. The effect is one of a nude man dressed in a pair of thigh high stockings.
Some of the song titles are about as mind boggling as the album jacket. And this is from an artist with such an auspicious beginning.
Oh well, there must be a point to it all.