Composed by Prince . . .
Listen to the songs on this page on Apple Music

featuring original versions of songs written for other artists by Prince

This web page was inspired by an article originally published in UPTOWN #17 ( A SONG 4 U - songs written by Prince for other artists, List compiled by PER NILSEN

and LARS O. EINARSSON. Details also supplied by SAM SANDBERG and MAGNUS NILSSON). Updated with information from the

Family and other sources. Questions and comments should be directed to Paul R.... His email is located at www.neosoul.com
You can buy some of the albums below at amazon, ebay, or iTunes

. Download free mp3s of Prince rehearsing songs in 2012 by scrolling down to "The Dance Electric" and "Mutiny."

Prince has recorded over 260 songs for his own albums and over 43 non-album tracks. He has written and recorded over 180 songs for a wide range of artists, including protegées such as Sheila E., Jill Jones and Mayte. Other songs have been used for his "satellite" projects, usually created as secondary outlets for his music: The Time, Vanity 6, Apollonia 6, The Family, and Madhouse. Some songs remain unreleased.

Prince has used no less than six names besides his own when writing songs for other artists. The Jamie Starr pseudonym first appeared on Dirty Mind, credited as engineer. As Jamie Starr, Prince has written songs for The Time, Vanity 6, Apollonia 6, and Sheila E. Prince's second pseudonym was Alexander Nevermind, a name used only for "Sugar Walls," written for Sheena Easton.

His next name, Christopher Tracy, was also used on one occasion only, as author of "Manic Monday" for The Bangles. Prince's fourth fictitious name came into being in late 1986, when a song written for Kenny Rogers was attributed to Joey Coco. This name has also been used for songs written for Deborah Allen, Jill Jones, Sheena Easton, Nona Hendryx, and Three O'Clock.

All the tunes on the first Madhouse album were listed as Madhouse compositions, suggesting that they were written collectively by the group, but it is in fact Prince who receives all songwriting royalties, according to ASCAP. On Madhouse's second album, some tunes were specified as being written by Prince, Sheila E., Eric Leeds, and Levi Seacer Jr., while other compositions were attributed to Madhouse, i.e., Prince. Later on, Prince used Paisley Park as an alias. He has written songs for Ingrid Chavez, El DeBarge, Paula Abdul, Patti LaBelle, Tevin Campbell, and Louie Louie using that name.

All songs on this list are written solely by Prince (as himself or using a pseudonym), unless otherwise is noted. The name(s) of the co-writer(s) appear in brackets to the right of the song. The list does not include information on which name Prince used since songwriting details are often contradictory, with different names being used in sleeve credits (if there are any), on sheet music and when a song is registered with ASCAP.

On some occasions, Prince has re-recorded new versions of songs previously released by himself, such as the Prince album track "With You," which he recorded again with Jill Jones, and the maxi-single /B-side "Sex," which was revamped for use by Lois Lane. The list does not include cover versions or re-recordings of songs Prince has written for other artists or songs he has previously released by himself. The N.P.G.'s Goldnigga album never received an official, general release (no catalogue number is listed on the CD) and is therefore not included in the listing. Follow the arrows to the artist's next album in the list.

The Time: The Time

Make It Through The Storm
songwriting credit to Chris Moon only on the label, but ASCAP and UMPG lists Prince as the only songwriter

Bite The Beat [with Jesse Johnson]

If A Girl Answers (Don't Hang Up) [with Terry Lewis]

The Time: What Time Is It?

Gigolos Get Lonely Too

I Don't Wanna Leave You

Wild And Loose [with Dez Dickerson]

Stand Back [with Stevie Nicks]

The Belle Of St. Mark

Next Time Wipe The Lipstick Off Your Collar

If The Kid Can't Make You Come [with Morris Day, Jesse Johnson]

A Million Miles (I Love You) [with Lisa Coleman]

In A Spanish Villa

Ooo She She Wa Wa

Some Kind Of Lover [with Brenda Bennett]

Just Another Sucker [with Pepé Willie]

A Love Bizarre [with Sheila E.]

The Screams Of Passion available on the Girl 6 soundtrack

Kenny Rogers: They Don't Make Them Like They Used To

Love On A Blue Train [with Sheila E.]

One Day (I'm Gonna Make You Mine) [with Sheila E.]

Pride And The Passion [with Sheila E.]

Sheena Easton: No Sound But A Heart

All Day, All Night

Baby, You're A Trip

If I Could Get Your Attention

Wouldn't You Love To Love Me?

Sheena Easton: The Lover In Me

Patti LaBelle: Be Yourself

Mavis Staples: Time Waits For No One

Time Waits For No One [with Mavis Staples]

Kid Creole And The Coconuts: Private Waters In The Great Divide

The Sex Of It

Elisa Fiorillo: I Am

Love Is No Fun

On The Way Up [with David Z, Levi Seacer Jr., Elisa Fiorillo]

Ooh This I Need

Release It [with Morris Day, Levi Seacer Jr.] - performed by The Time

Round And Round - lead voice by Tevin Campbell

Shake! [with Morris Day] - performed by The Time

The Latest Fashion - performed by The Time with Prince

Easy Does It [with Eric Leeds]

Once Upon A Time [with Eric Leeds]

And How [with David Z, Levi Seacer Jr.]

Skip 2 My U My Darlin' [with Jevetta Steele, Levi Seacer Jr.]

Don't Say U Love Me [with Martika]

Love... Thy Will Be Done [with Martika]

I Hear Your Voice [with Rosie Gaines, Francis Jules]

Heaven Must Be Near [with Ingrid Chavez, Levi Seacer Jr.]

El DeBarge: In The Storm

All That [with Carmen Electra]

Everybody Get On Up [with Monie Love, Carmen Electra]

Step To The Mic [with Monie Love, Levi Seacer Jr.]

Blood Is Thicker Than Mine

You Will Be Moved

The Steeles: Heaven Help Us All

The Big Pump [with George Clinton]

Dance Unto The Rhythm [with Michael Koppelman]

Get Blue [with Levi Seacer Jr.]

The Halls Of Desire 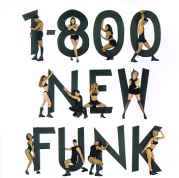 Color - performed by The Steeles

Standing At The Altar - performed by Margie Cox

Get Wild [with Sonny Thompson] - performed by The N.P.G.

The Good Life [with the New Power Generation]

Free the Music [with the New Power Generation]

I Want U [with Rosie Gaines]

My Tender Heart [with Rosie Gaines]

Girl 6 [with Tommy Barbarella] - performed by the New Power Generation

This Crazy Life of Mine [with Chaka Khan]

[with Chaka Khan and Mark Stevens]

Pop My Clutch [with Chaka Khan and Kirk A. Johnson]

Journey 2 the Center of Your

'll Never B Another Fool [with Chaka Khan and Sandra St. Victor]

Remember U [with Chaka Khan and Larry Graham]

Reconsider (U Betta) [with Chaka Khan]